We are proud to announce a major upgrade for Maps!

Shortly after the amazing chaos that was WA Summer Camp, Dimitris hammered out very quickly a major feature update to a worldbuilding tool for you all! Check out the details for this feature below and be ready to level up your map game!

Aside from the standard pin set that was around during the first iteration of maps, there’s a plethora of new pins available depending on your guild membership level! Visit the interactive Maps 2.0 pin showcase page created by TJ, our very own lead community manager, to click and learn about each pin.

You can also view details regarding what map manager features are available for each tier on the World Anvil’s Guild Membership page.

The following marker types are now available to use aside from pins for various guild member tiers! These markers can be used for various purposes, such as visually indicating territory borders!

Previously, viewers can only see an info bubble when clicking on a pin. Under the Map configuration Marker tab, creators now can directly link to a related map, location, or organization!

Introducing the Marker Group tab! After creating a marker group, you would be able to organize sets of pins to be associated with different subscriber groups. This will allow approved viewers to toggle marker groups on the map! This functionality will also tie into the Maps’ new layering system, which will be explained a bit later so keep on reading!

When editing a Marker, you would be able to assign it to a Marker Group of your choice.

Check out the functionality of Marker Groups in action!

We are changing the game by enabling users to create different layers for maps! Check out the Maps 2.0 interactive showcase (also created by TJ) to see an example of layers in action (and also play with the different marker groups)!

Grandmasters and above will be able to also assign a marker group to a layer. So, imagine having a set of pins belonging to a marker group assigned to a surface layer, and another set belonging to an underground layer! You can also have a marker that will always be visible no matter what layer is currently selected by associating that marker with the base/default layer. As an example, this kind of maker would indicate the entrance to a cave from either the surface or underground layer.

All guild members have the ability to Inject maps into any article using the BBCode [map:map ID]. You can even have multiple maps in an article if you want to get crazy!

To give your map an even more stylistic pop, you can upload your own map compass image! Your chosen map compass stays in place while navigating the map as shown in the example below.

In addition, our dedicated user Caeora has generously created various compass images to give to World Anvil users to use for their worlds! These images are free to use for personal or commercial purposes as long as you give credit. Check out Caeora’s Patreon Blue Sword Games to view more of their RPG content creations!

Once upon a time, styling maps via css was not possible. But now, users can customize the CSS on maps! Adjust backgrounds, labels, and more to fit the theme of your world!

Don’t forget that you can also assign unique CSS classes to your pins so you can also adjust their styles in your world’s configuration. Check out this interactive map (also created by TJ) showcasing CSS examples for the new maps!

The Creator’s studio is the home of all advanced customization in World Anvil. Grandmasters, and above, will be able to create and share Character sheets, Widgets, Custom Map Markers and much more as we grow. You’ll be able to access Creator’s Studio with a new link in the main navigation bar!

This upgrade was certainly a major one for Maps!

Update 8/21/2018: A Guide to Maps Article is on the Codex for more How-to-do’s for this new feature! Big thanks to TJ for creating this awesome guide! 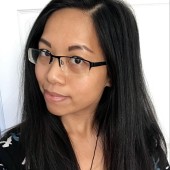 Build Your Own Bite-Sized Badge Blocks!