Magic Systems: Getting started with worldbuilding!

This excellent article about Getting Started with Magic Systems is a guest post from the amazing Eran Aviram!

This article may use affiliate links, which cost you nothing but earn us a small commission from Amazon if you make a purchase.

Magic! There’s nothing quite like it. That’s because it doesn’t exist.

What are magic systems, really?

In the real world, “magic” is the word we sometimes use to describe things we don’t yet understand. How can that mentalist know what card I was thinking of? Magic! Where does that strange noise coming from? Ghosts! Supernatural is just another word for magic. Our use of the word usually refers to our explanation of the fact, not for the facts themselves: We don’t know how it’s done, so it’s magic.

In the fictional worlds that we invent, magic can also refer to an actual, existing aspect of reality, usually one that allows practitioners — intelligent people who study or otherwise “harness” some supernatural power – to influence the world in ways that contradict the physical laws of the real world.

Inventing magic systems can be a lot of fun, but if we’re not careful we might design it in a way that inserts many destabilizing factors into the fiction. Because there’s no equivalent to magic in the real world, we can feel like we can just come up with whatever we’d like, so it’s easy to invent concepts simply on the basis of how cool or promising they seem. We must be aware that all such concepts might eventually be revealed to make no sense or even harm the rest of the fictional creation.

This article will present some of the main points one should consider when coming to create their own magic systems, the rules that convey how magic works, what magic is, and how it integrates with your goals.

For magic systems to be able to serve our purposes, we need to understand what it can do, what it can’t do, and how it does it. We don’t need definite answers — see Soft Magic, below — but we need at least a vague idea. This will allow us to know how magic interacts with other elements of the world, such as people, society, wild creatures, pantheons, and even itself, if the world includes several kinds of magic.

All magic should come from a single source. It could be symbolic energy created by the presence of life (The Dresden Files series, by Jim Butcher); gaining very specific powers by consuming very specific metals (The Mistborn Series, by Brandon Sanderson) or ancient crystals that replace your heart and give you superpowers (the Crystal Heart webcomic and RPG, by me). As said before, you should know how your magic interacts with your world, so having a single source helps simplify explanations, and helps the readers understand what to expect.

If it’s crucial to have several sources — for example, you want divine power to be essentially distinct from wizardy learning, like in D&D — then there should only be a few such sources, and they should be distinct both in effect and in aesthetic. Godly blessings should require a different kind of effort, and give a different kind of result, from recited arcane spells, and the use of them in the world should look and feel different.

Sometimes, during a story or a game, the rules of magic seem to “break”, even if they’re seemed clear and consistent so far (as has happened in all of the three examples I gave above). Such an event signals to the reader that what seemed like a single source might in fact be several, or the other way around. That’s cool, but as the creator of the fiction, this reveal shouldn’t surprise you; you should have prepared the system to be this way from the beginning. See Opacity, below.

Soft magic is mysterious, unreliable, unexplained. It’s Lord of the Rings or the Force in the first trilogy of Star Wars movies. Soft magic is when you say “magic” and mean “wondrous”, “eerie” or, well, “magical”. You’re talking about the sensations that the magic evoke. It’s about the atmosphere, the feelings, but not the plot.

The One Ring must be destroyed by throwing it into Mount Doom, that’s the main motivator of the plot in the Lord of the Rings, but we’re only vaguely aware of what the One Ring even does, how come it can only be destroyed in the place in which it was forged (that’s not true for other magical items, for example, and we’re not told why), and why this will destroy Sauron. More pertinently, even if we knew the answers, they wouldn’t have mattered — the Ring serves mostly as a MacGuffin, and the magic is an excuse to make the plot happen.

Hard magic is, on the other hand, a form of detailed fictional physics. It’s the natural laws of the fictional world, they’re just different than our own. It’s just how things are, and they always stay the same.

Hard magic can usually be mastered as a skill, with the right knowledge and practice. From a design perspective, it has clear costs and limitations, even if the practitioners aren’t aware of them all — just like we’re not fully aware of all physical laws in the real world. The reader can eventually understand how it works, which is why hard magic, unlike soft magic, can be the whole point of the plot. In fact, if the reader comes to see the magical system as a riddle to be solved, a mystery that will eventually be fully revealed, they might even become disappointed if the story doesn’t go there, or if there is a reveal but it’s not essential to the plot’s resolution.

The Lord of the Rings – a perfect example of a soft magic system!

Price – magic, but at what cost?

Whichever magical system you choose, it’s worth your time to have a short thought experiment in which you take your rules to their logical conclusion. If it’s pretty easy to cast a spell that creates an eternal light source, why would anyone ever use torches? So maybe it shouldn’t be easy. Or maybe the ability to cast the spell is very rare. Maybe the light is not eternal and actually consumes fuel, it’s just a strange kind of fuel. Or maybe these spells have indeed replaced torches completely.

A good practice here is to consider the price. Magical effects should always cost something — it’s good for drama, but it’s also good for the economy, because it lets you have one. A world in which people can just create food every morning for free is vastly different from our own, purely for economic reasons, and the further away you get from our own, well-established historical understanding of economy and culture, the harder it is to maintain the seeming of a coherent, convincing society.

In soft systems, the price should of course be vague, but that doesn’t mean it’s negligible. Gandalf was able to stop the Balrog using powerful, eldritch incantations and his magical force of personality, but there’s a reason he didn’t use that trick before the Balrog, for example on the tentacle creature that forced the Company to flee into Moria: Using these powers costs him his life (well, in a sense). Note that we only became aware of this cost after he used the power; that’s perfectly fine in a soft system, but somewhat problematic in a hard one, because the reader is expecting to be able to tell that something like this might happen.

Opacity of a magic system

Your magic systems might allow for amazing feats and interesting effects — and good for you! — but it’s important to realize that the people of the world might not be aware of any of this.

There’s a huge difference between what you, the creator, knows; what the protagonists in the fiction know; what is “common knowledge” in the fictional world; and what the reader knows. Maintaining the balance between all of these is tricky and can easily ruin a good surprise or a masterful plot, which is exactly why having a meta source and a good understanding of your magical system can help you.

In the Dresden Files, the world at large is unaware of magic, since it’s set in the modern-day, but magic exists and it’s powerful and has pretty standard rules. Harry Dresden is an experienced practitioner — every book, he pulls out a new trick or some obscure understanding, that the reader was unaware of, but that’s okay since it fits our understanding of the system (well, you know, most of the time). Does that mean that Jim Butcher knew the entirety of the system from the start? Not at all, but he started with some basic, consistent laws, and was careful as he developed the world, both in what he added and in what he revealed to the readers.

Ready to make some magic?

Go forth and create, but consider the consequences of your inventions. Ask ‘why’, find answers, and then hand the magic system to your friends and see them wreck it apart with more questions… to which you should then find more answers! Ironically, when one considers the reason for magic, the only answer that never satisfies is: shrug “it’s magic.”

Interested in making magic? Use the Natural Law template on the World Anvil worldbuilding platform to create you magic systems! You can use the Spell Template to describe your spells or other acts and abilities tied to your magic system, what they look like, what ingredients might be necessary and what they do! Make sure you check out Worldbuilding Magazine’s December issue “Magic”. Or, if you’re a tabletop player, these great ideas about keeping hard magic systems wondrous!

Eran Aviram is a London-based writer and editor of tabletop games. His main passion is turning more people into players, and then give those players the tools that’ll allow them to enjoy more things. You can find more about him on his website or go chat with him on Twitter! Make sure to check out his FREE weekly webcomic about roleplayers Up to Four Players, the world setting and graphic novel series Crystal Heart, a roleplaying game of colourful adventure. Eran is also the mind behind On the Shoulders of Dwarves podcast, digging into a new RPG topic each week, and you can read more essays and guides on his professional website, The Play’s the Thing. 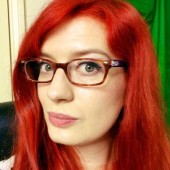 Janet is the co-founder of World Anvil, a professional D&D player for Wizards of the Coast and a published fantasy author under the name J.D. Blythe with Kyanite Publishing. She's passionate about all things worldbuilding, and you can check out her videos on her Youtube channel - www.youtube.com/worldanvil. She also runs the World Anvil Worldbuilding Podcast, which you can find on Spotify and Podbean!

How to start a new world

5 reasons to go from Tumblr to World Anvil