This week we have all the upcoming events, community news, and a tonne of incredible questions asked by our Anvilites live on stream! Let’s light up the forge!

Customizing your world with icons from FontAwesome has never been better since we’ve upgraded to FontAwesome 6! You can now use over 7,000 new icons that Font Awesome has added with this latest version! Put Icons to represent your categories on your homepage, add icons to your map, and even add them to your articles to add eye-candy as you write~!

Dropping in the BBcode as icons for your articles is explained in the Codex, but what about maps and categories? You can add markers to your maps by going to your maps tab on your dashboard, creating a new marker, and adding special html markers to add in the icon you want (this is currently limited to guild members!). You can also add icons to your categories by starting at you dashboard, going to the articles tab, clicking on a category, and adding an Icon on the right sidebar icon text box.

Come worldbuild with the Founders and Community of World Anvil on Amerca’s East Coast for Summercamp!

Go worldbuild in Summercamp ’22 with style by joining Janet and Dimitris for a week of World Anvil worldbuilding and Gaming Cruise for GACUCon!

First up, we announced next week’s support and community events!

How to Get and Use Feedback (Stage)

It’s tough to get feedback on your world, and even harder to figure out how to use it! Join writing professor Christopher Clark and Amazon Bestselling Author Amy Winters-Voss as we share tips and tricks on this knotty problem!

Get involved with World Anvil challenges

Challenges are an amazing way to improve your own worldbuilding, and learn from others!

The Bard Challenge submissions will close this Saturday! (there was a little confusion about this!) Want some ideas to help polish your article? You can check out the Bard Challenge inspirational blog post here!

Did you win something in WorldEmber ’21? Check the World Ember Awards blog post to see! We had an amazing livestream ceremony last Saturday too, a massive thank you to everyone who took part in the beautiful people challenge – it was amazing to see your incredible costumes!

How do you start worldbuilding? How do you decide what part of your world to build out first?

Every world is different, so try starting with your world’s meta first! your world’s meta is critical in helping you worldbuild only what you need, no matter if you are a writer of a gamemaster! In your meta, you will find questions to help you build out your world in key areas: what inspires you to make this world, what’s it’s genre, how big is the scope of your idea – where will it take you, and more! Primarily, the main job of your world’s meta is to give you bite-sized information for you to help ground you as you world build out from this central point. To reiterate,

How do you set up subtle foreshadowing in writing a first person novel? For example, stuff like poisoning?

A great way to approach this is to add as much as you think you need, and then fine tune this with your alpha and beta readers. As a writer, it’s very hard to judge how much foreshadowing is enough BECAUSE YOU KNOW EVERYTHING (at least about your own book)! So, asking others is a great way to make sure you’re getting it right. If your Beta readers feel like aspects come out of the blue then you can add more foreshadowing. If they feel impatient with the amount of times you’re dropping hints, you can dial it down.

How to you make a character background for a DnD character?

It’s really important when writing a character’s backstory to look at not just who they are, but where they have come from. Primarily, these details can give us clues into what the character cares about and allow that character to make choices in their backstory. Of course, You can base them on a mixture of people you know to help you get started, or even a flaw you would really like to roleplay! In fact, Ginny D’s videos are really great for designing and getting into characters, which she is an expert in! This one is about creating character backstories!

What are your thoughts on technological stagnation in a world?

Fundamentalism can stop science, causing stagnation. For example, you may have a religious or political organization that frowns upon scientific experimentation, causing no progress in science.

As well, there’s a line of thought – summarized here as the porcelain argument, that says going up the wrong tech tree and relying on one thing more than another can cause technology to stagnate. For example, porcelain in China. In ancient China, they did not developed glass until much later because of how advanced they were with porcelain. Applying this in a fantasy setting, relying too much on magic can cause other areas of science to stagnate.

What advice do you have for writing a true history of a world vs the history that is widely accepted in-world?

When writing the history, the majority people know history through hypotheticals extrapolated from evidence, not all conclusive facts. Using particular phrase, “Scholars believe that X, Y, Z” and “The evidence seems to suggest that…” can demonstrate this. These hypotheticals make the history itself presented as an unreliable narrator, making nothing exact or certain. Then, as a GM you write the secrets behind the history, sowing seeds of ideas you want to be discovered depending on when you want it to be discovered.

How do I create fantasy idioms and proverbs?

On Youtube, World Anvil has a video on slang, swears, and idiom prompts. Also, looking at other culture’s idioms as well for insight and inspiration to see how a group views the world around them. For example, how does one of your world’s cultures handle gossip? Is it accidental like spilling the tea and hearing it through the grapevine? Or is it purposeful like dishing out dirt and a little bird told me? Using the world around culture’s social environment and perspective can help you build as you go!

How much article bloom – for example, one article spawning 8 other articles – is too much?

Article bloom happens when one of your amazing articles inspires you and gives you ideas that spawn other articles. This is not only fine but a good sign that you’ve stumbled onto an inspiring idea! If your original article is already small, and it blooms even smaller articles, consider making these stubs to keep your world organized!

Can you paint Eldritch Foundry minis?

Yes, absolutely! Make sure you have the supplied you need before you start. You can’t go wrong with painting primer! Make sure to add a few coats of primer so your awesome paint job stays on!

We’re doing this a little different today. Last community stream, we highlighted all of our prize winners, our world ember winners, and members of our community whose spirit made World Ember what it is.

A big thanks to all who were able to join us for the stream! See you all for World Ember 2022!

Lore from the Anvil!

What did Janet and Dimitris dress up for the Beautiful People Challenge?

Dimitris dressed up as a space pirate with hat and all, drinking out of “Bob” the skull bottle for the stream. Janet dressed up as the Galaxy Far Far Away herself, with glittery blue and starry cheeks, but not unlike Mystique!

Dimitris distaste of the Pungeon is LEGENDARY. But strangely! Dimitris says he indeed does like puns – though regular amount of puns. As well, he likes technology jokes, smart jokes.

The Artwork on the wall; who is it?

In Dimitris and Janet’s streaming room, there is wonderful art on the back wall. it is of Janet, based on a picture of her – now art-ified! Apparently, the same artist prepares the ships for Lyra – Dimitris’s world. 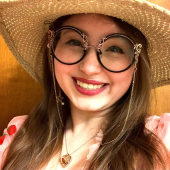 Hello everyone! It’s lovely to meet you. I’m Madeline~, also known as “It’s Moro!#3769” on the World Anvil Discord. I’m a published dyslexic author, world builder, and TTRPG designer. My world and project since 2017 is sci-fantasy narrative universe TTRPG called Chimera. Please feel free to reach out as I love being inspired by you lovely people~. See you on the web!